How to market a loyalty program and get people to sign up? 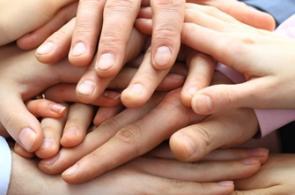 Loyalty programs have grown so common that the average American household is a part of at least 18 memberships, according to McKinsey. That figure is a great indicator of how many businesses use this engagement tactic - yet the same study concluded that usage of these programs has not risen with participation.

Few loyalty programs excel by merely existing. Like success in any crowded field, the key to a successful & engaging loyalty program is differentiation. Finding a way to make your loyalty program stand out from competitors in your space will significantly increase its chances of encouraging repeat customers.

What loyalty programs can do for businesses

Loyalty programs bring customers into your ecosystem and inform merchants about their shoppers. They encourage repeat shoppers and offer customer insight that can be applied to nurture campaigns and other marketing initiatives.

Amazon has created a system where every single customer transaction helps form a web to personalize the user experience. Yet, Amazon takes it a step further by using a graph database to recommend items based on a person's preferences and similar customer behavior. While most businesses won't approach Amazon's level of data granularity, the same principles can be a applied on a smaller scale.

At the same time, retailers can exert influence on shoppers based on the reward system they provide. A recent study of more than 10,000 consumers uncovered the fact that 70 percent of customers will adjust their shopping habits to earn the greatest reward from their loyalty program. This is up 13 percent from just two years ago, suggesting that loyalty programs aren't wholly controlled by consumers alone. The big caveat though is that retailers can't simply keep discounting their way into customers' hearts: there needs to be a shift in how programs work from being primarily transactional in nature to initiatives that specifically address consumers needs, delivering experiences they can't get elsewhere.

How to differentiate your loyalty program

There are a variety of retailers that occupy the same niche and one of them will have the lowest price, which has traditionally been the way that businesses gain a larger market share. It's a strategy that Wal-Mart has made world famous - they have the guaranteed lowest price for any given item. But, as mentioned before, that's a difficult model to make sustainable.

So, it's not a complete surprise that Amazon Prime is a top-performer in satisfying members. In fact, if you asked account holders whether they considered the service a loyalty program, you'd probably end up with conflicting answers. On one hand, Amazon Prime members have to pay an additional fee for the service. But the expense of ownership is generally nullified - or at least, perceived as such - after the first several purchases with low prices and free shipping.