What is a patent? 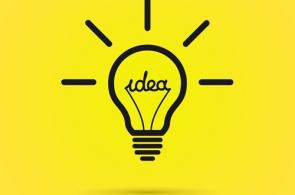 For ecommerce stores selling homemade items, a patent should be one of your first considerations. While many online merchants don't need to worry about patents, it's arguably the most important part of the business for those who do.

The concept of the patent

Patents are often confused with trademarks and copyrights. All three are legal definitions that provide a measure of protection through the judicial system to various ideas, products, logos and other creative works or intellectual property - but all three are also very different.

Patents are given out by the U.S. government at the federal level as protection for new, previously undeveloped ideas that take the form of inventions. This distinction is important to note, as it is one of the major terms that separates patents from trademarks and copyrights. Patents don't apply to creative works composed or distributed through a medium, or to the logos used regularly by businesses, but to the ideas that make up a new, distinct invention.

In essence, a successful patent filing protects a new device or system from being copied and redistributed by a competing business. Patents can apply to concepts ranging from the simple to the complex, from the inexpensive to the very costly, as long as the idea is new and previously unseen by the U.S. Patent and Trademark Office.

The U.S. Patent and Trademark Office itself defines the benefit of a patent as one of exclusion. With an active patent, no one except the patent owner may manufacture, import, export, sell or otherwise profit from the sale of an item so protected. This effectively gives the patent owner a monopoly on the production of their invention. In the past and in the present day, patent owners have reached agreements with other business entities to produce or manufacture their inventions, or to distribute it in a wider scale. As long as the patent owner agrees to such actions, it's possible for other businesses to use a patent. Patent owners often create such arrangements both to achieve wider distribution and to benefit financially, in effect outsourcing some or all of the work in exchange for part of the profit or a previously negotiated sum.

Patents expire and aren't as easily renewed as copyrights or trademarks. There are some exceptions and extensions that can be applied, based on the nature of the patent, but in general a patent expires 20 years after being issued. A common example of patent expiration is seen when the patents on prescription drugs expire and competing pharmaceutical groups release generic versions of the drug. The distinction to note in this situation is while the formula for the medicine is no longer patented, the brand name of the drug - protected by a trademark - cannot be copied by other businesses. This same concept applies to all sorts of patents - as patents on consumer-facing products expire, businesses tend to focus on branding, stylistic concerns and other similar areas to maintain relevance in the marketplace.

For this reason, many inventions are not only patented, but the associated concepts such as the logo and brand name are trademarked and copyrighted as appropriate. In this way, businesses can protect the identity of their version of a product even after the original patent has expired.

One important note for first-time filers is that patents have to be enforced without the active assistance of the office, although a patent is itself a very strong legal instrument and one that consistently upheld by U.S. courts.

There are three major types of patents, and two of them are the most common choices for an ecommerce merchant who has developed a new, unique idea. The following definitions come from the U.S. Patent and Trademark Office:

Filing for a patent is not an action that should be taken lightly. Unlike trademarks or copyrights, which can be fairly simple and quick processes when no mitigating factors are present, patents are very involved. Applying for a patent can be an involved process that takes years to complete. The multi-step application path involves determining which patent is the best fit for a given invention, choosing whether or not to expedite various steps, different filing options and many other considerations. The U.S. Patent and Trademark office offers a detailed guide on the subject that links to all applicable information and resources.

Many first-time filers enlist the aid of a patent lawyer, although this is by no means a required part of the process. Patent lawyers can help their clients navigate the sometimes dense or arcane steps for application, but they also incur an often-significant cost.