How to optimize your social media posts to engage customers 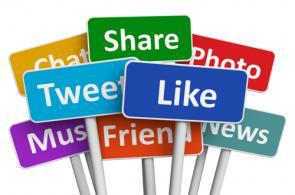 Social media has opened the door for brands to reach customers where they are already interacting. As a result, brands are creating profiles across multiple social media channels with the goal of tapping into as many networks as possible. In fact, Simply Measured found most brands are active on five or more social networks total.

1. Let your customers pick the platform

Not all social media platforms are created equal. While Facebook may make sense for one brand, Twitter might be the best option for another. Having a strategic approach on two networks is better than a hasty approach on six, and brands can use targeted listening to determine which social media networks are the best fit for their products.

Offbeat Bride, for instance, puts the bulk of its social media efforts into Pinterest because most of its target customers (brides to be) are busy pinning pictures that help them plan for their big day. The site has created more than 50 boards with 11,000 pins and garnered nearly 60,000 followers.

Customers are only going to engage with your page and respond to your brand's social media calls to action if there is a real value provided. That value could come in the form of a positive customer service experience, access to exclusive offers or recommendations and reviews from other customers.

Another way to incentivize people to like your page, retweet your post or share a product review on Facebook is to pair those CTAs with giveaways. McDonald's, for instance, tweeted during the Super Bowl and said that every retweet would be considered an entry into a giveaway. This strategy was highly successful, and social media firm Engagor dubbed McDonald's as the brand with the most social media buzz during the entire game.

Hashtags aren't just simple embellishments to social media content. When done strategically, a clever, relatable hashtag can encourage massive engagement and improve the ROI of your social efforts. Hashtags should be simple, relevant and rooted in research. Use targeted listening to uncover conversational themes and terminology used surrounding your brand.

One example of a brand that effectively used a hashtag is Charmin. The brand created the #tweetfromtheseat hashtag, which encouraged customers to tweet from the bathroom. This hashtag was effective because it was relevant to the real-life experiences of customers who use the brand. It was also extremely timely, as the hashtag was launched close to National Toilet Paper Day. By tapping into insights surrounding consumer bathroom behavior, Charmin was able to to create a relevant opportunity for customers to engage with its brand.

4. Be open to controversy

Brands that take risks drive the most engagement on social media, and the genius marketers at Procter & Gamble proved this point when they launched the #LikeAGirl hashtag to kickstart a social media campaign to reclaim the phrase from insult to empowerment. They could have played it safer, but as noted by Adweek, the #LikeAGirl campaign video garnered 80 million views worldwide.

The ASL #Icebucket challenge wouldn't have been nearly as successful if it had merely used hashtags or photos. Video is what made the campaign go viral. It is crucial that brands incorporate video into their social media strategies, and the potential for video to drive massive amounts of engagement is catching on with businesses worldwide. According to Cisco, by 2017, online video will account for 69 percent of all Internet traffic. Additionally, Forrester predicts video content is far more engaging than written content, stating that "one minute of video is worth 1.8 million words."