What is Google Wallet and what does it mean for ecommerce? 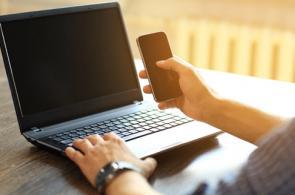 Google Wallet is a mobile payment system that acts as a virtual wallet, allowing users to make payments and transfer money straight from their phones. The service is free for users and can store credit, debit, gift and loyalty card information. Available to anyone with a newer Android or Apple smartphone, Google Wallet gives users another fast way to make payments at ecommerce stores that accept it.

Mobile payments are a relatively new strategy that has the potential to greatly benefit online sales. Currently, mobile devices account for just under 50 percent of ecommerce traffic, but when it comes time for users to purchase items online, nearly 77 percent of users do so exclusively on a personal computer instead. Customers avoid making actual purchases on mobile devices because of concerns about security and the inherent difficulty of entering bank card information using a touch screen interface.

Electronic wallets look to sidestep these concerns by streamlining the mobile payment process via a secure service. Customers simply click to buy something and all of their payment info is already entered into the wallet. The fast checkout works both in-app and on participating mobile sites.

Google Wallet also gives merchants the ability to highlight special offers or discounts from their websites or emails directly to the shopper via the app. Customers can also add any gift card balances to their virtual wallets, which helps drive additional sales. According to Forrester Research, payments made with Google Wallet and other services like it are expected to top $140 billion by 2019.

Google Wallet is what is known as a server-side wallet, which means that all of a user's information is stored remotely on Google's system, rather than on the user's device. Transactions take place between Google's servers and the merchant's existing payment processor.

It acts somewhat like a gift card: users place a set amount of money into the wallet they can then spend as desired. As far as the user's bank is concerned, the transaction is identical to any other debit or credit, only the transactions go exclusively through Google rather than the merchant's point of sale. Assuming the merchant's point of sale is configured to accept Google Wallet, transactions work the same as any other accepted payment method.

While support for the mobile app is still sketchy, Google Wallet offers a physical card as well that can be used anyplace that accepts debit MasterCard.

How does Google Wallet stack up to other options?

Google Wallet's main competitor is Apple, although other companies such as Samsung and PayPal have their own digital payment systems as well (Samsung Pay and PayPal Wallet, respectively). While the products may have a few differences when it comes to the user, they offer similar features from the perspective of an online store owner. Both want to make it as easy as possible to facilitate transactions.

The main difference between the two initiatives is the companies behind them. Google pioneered NFC technology years ago, which allowed users to pay with a mobile device at a point of sale using a secure, short-range signal. However, the technology was not widely adopted at the time, which put Google on the back foot, giving Apple an opening to push their Apple Pay model.

Apple, having an established and loyal user base, was able to roll out its system a great deal more effectively, coupling it with specific technology offerings, such as the Apple Watch. Seeing an opportunity to partner with the high-prestige Apple brand, retailers and banks have been a great deal more eager to adopt the technology now.

Google, however, is retooling its wallet to take advantage of their more flexible and open system. Unlike Apple, Google is allowing other developers access to its API in hopes that other companies will create innovative new ways to use the technology. With 80 percent of global market share for the Android platform, payment processors and merchants have good reason to support Google's initiatives.
When compared with other virtual wallets, Google Wallet and Apple Pay stand above most for online transactions. The focus of many other virtual wallets is in-store purchases. Most of them, like Samsung Pay, can only process offline purchases and PayPal Wallet is not widely supported.

What ecommerce merchants need to know

Google Wallet is becoming more popular, which means more people are going to expect it at their favorite stores. Ecommerce business owners should consider offering digital wallets such as Google Wallet, which provide shoppers with more payment options. While there are several other options out there, Google Wallet and Apple Pay are most likely going to be the big players in the future. According to The New York Times, both services keep adding more features in the hopes that their virtual wallets will catch on quicker. For instance, Google's open API will allow financial institutions to integrate their mobile banking apps with Google Wallet, thereby giving their customers direct access to new rewards programs.

Google Wallet was initially released in 2011, and Apple Pay has only been in existence since 2014, so the mobile wallet industry is still in its infancy. Both companies are jockeying for position in a fragmented marketplace. Consumers, meanwhile, are hesitant to adopt either wholeheartedly. Yet, as mobile commerce is integrated into everyday life, their role in purchasing is inevitable.
"They want to be as disruptive to payments as Amazon has been to retail," Sucharita Mulpuru, a retail and payments analyst for Forrester Research, told The New York Times. "By being early, they can shape the customer experience and expectations."

The Times points out that the reason virtual wallet adoption is still fairly low is because debit and credit cards have almost universal acceptance with merchants and customers. For this reason, Google and Apple are both racing to discover some innovation to give virtual wallets a clear and distinct advantage which bank cards cannot offer. Neither one has yet found that tipping point.

The limitations of Google Wallet

According to Business News Daily, Google is discontinuing the processing of payments for certain digital goods such as e-books, subscriptions, online games and music. They are, however, hoping to expand Google Wallet's influence on ecommerce with increased support for physical goods merchants.

In conclusion, Google Wallet isn't yet the best payment option for ecommerce; but as time goes on, it is likely to become a viable and even essential financial service. In The Economist, Jennifer Schulz, Visa's global head of ecommerce, thinks that there will be a period of time where virtual wallet companies will pop up and then fail, eventually leaving a few wallet providers left. While there is no way to predict which virtual wallets will endure, there's a good chance Google Wallet will be one of them.