What is Reddit and is it useful for promoting your business? 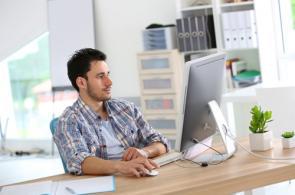 Reddit is a unique platform on the Internet, combining aspects of social media, news sites and message boards to create a community that's driven by conversation, media and the sharing of links to new, original and otherwise engaging content. As opposed to many other social media companies, Reddit was sold by its founders to Conde Nast Publications in the mid-2000s. Conde Nast then spun Reddit off into its own company in the early 2010s, although the publication house still serves as majority shareholder. The site is often credited by mainstream news publications as the source for both serious pieces of information and more whimsical content.

In a basic description, Reddit users share links, images and text-only posts for discussions with others on the site. Reddit itself is broken up into many individual sections that focus on specific topics or themes, called subreddits. Users post relevant content to these pages in hopes of sparking conversation or receiving feedback. Topics range from mostly serious, such as personal finance and tax preparation, to discussions of sports, video games, humor and many others. Of interest to many ecommerce merchants, for example, are subreddits dedicated to owning a small business and to the general concept of online sales. These subreddits are all governed by users, called moderators, who enforce specific rules related to each. Some subreddits ban the posting of links to certain websites or certain types of media such as pictures or video. These restrictions, along with general rules of posting and conversation etiquette, called reddiquette, have to be followed to have a successful and enjoyable experience on the website.

Visitors can view the vast majority of Reddit's content without being a member of the site. Users of Reddit are sometimes called Redditors, which sounds like the word editor and was an intentional choice on the part of the site's creators - as its users help to curate and, in a sense, edit the content that appears and editorialize about it as well. However, to interact with others in discussion threads and to share opinions about the links shared, users must have an account on the website. Having an account also allows users to subscribe to specific subreddits, putting the posts from those locations into the feed seen on the front page of the website. These accounts ask for very little personal information as compared to the systems used by other social media giants such as Facebook and Twitter. Reddit users aren't even required to associate an email address with their accounts, although it's useful for password recovery and other concerns.

For this reason, a high degree of anonymity exists on Reddit. Celebrities and other notable users are usually the only ones to use their real names or self-identify on the site. As opposed to Facebook, where personal connections often come first, real names are used and interactions based on topics are secondary, Reddit focuses on mutual interests and the use of the privacy afforded to share more honest opinions.

While anonymity plays a major role in Reddit's success, there's still a sense of community involved. There are many inside jokes and recurring themes that appear in the comments sections of more popular and widely read posts, which can make understanding some of the conversation less easy than was expected for new users. A quick Google search can often clarify if a comment is actually in response to something or is a running joke on the website. These are most common on the 50 subreddits that make up what's called the front page of the site. A user who isn't logged in and visits the site will only see posts from these 50 subreddits, as will new users who haven't changed their preferences since signing up.

The popularity of posts - encompassing links to outside sites and those that contain just text - and comments is determined by the upvote and downvote arrows. These two arrows appear next to posts and comments, and allow users to vote on their opinion of the item in question. While official Reddit policy in many instances is to only use the downvote arrow if the post or comment is irrelevant, abusive or brings nothing to the discussion, a significant portion of the user base also uses it to express dissatisfaction, disapproval and disagreement. Reddit uses a complex formula to sort and display its pages, but the number of upvotes and downvotes received play a large role in where posts show up.

The first thing that needs to be said about using Reddit as a way to promote an ecommerce store and encourage sales is that some common tactics seen and encouraged on other forms of social media simply won't work in this setting. While it's not a sitewide, set-in-stone rule, some subreddits ban out-and-out commercial promotion. Others welcome such marketing efforts but require users to perform certain functions such as validating their identity to moderators to avoid scams or to only post certain types of links. Additionally, some limit when certain posts can be made, for example restricting product promotions and similar activities to the weekend or a given day of the week. Additionally, Reddit can be an unforgiving place for users who break such rules or who annoy the users who subscribe to a given subreddit.

That being said, there are many different and unique benefits to using Reddit as a vehicle to better your business. Store owners who make their own goods can present items for discussion and critique in the relevant subreddits, while those selling premade merchandise can seek out opinions and read about experiences that users have had with the same or similar items. Advice about a variety of topics - from money management to shipping - can be found. You can connect with fan bases relevant to your products and learn more about what is popular in those areas as well. Additionally, and perhaps most importantly, Reddit users can ask questions and seek out opinions based on their own specific, unique needs - and often find useful or helpful answers.