Merging Content and Commerce: A Deep Dive Into Headless Commerce

What is JavaScript?
What is a Javascript Library?
Why Use React for Ecommerce?
The React Ecosystem
Important React Features
Downsides to Using React
React Use Cases
Should You Use React for Your Ecommerce Website?
Using React with BigCommerce
The Final Word
FAQs About React Ecommerce

After emerging from the mind of a Facebook developer, React.js has become one of the most popular front end web development tools in the world. It’s a powerful and flexible JavaScript library that efficiently renders the frontends of websites, mobile apps and other ecommerce touchpoints.

As seen in the way Facebook displays, React is effective at displaying a large JavaScript library. This is especially useful to React ecommerce sites that need to be dynamic and (pun intended) react immediately to actions, like adding an item to a shopping cart.

That’s why so many ecommerce platforms — large and small — rely on React for customer-facing frontends.

JavaScript is a programming language that enables websites and mobile apps to use complex features like dynamically updating content, multimedia aspects and animation.

For ecommerce sites, JavaScript is the preferred scripting language as it enables real-time updates and stores useful information, like customer preferences.

What is a Javascript Library?

As JavaScript has grown to be the most commonly-used language on the web, JavaScript Libraries have grown with it.

JavaScript Libraries are pre-built snippets of code and templates that can be used over and over for common JavaScript functions. Common libraries include Redux and Material UI. These code snippets may be used on multiple sites and reduce development and deployment time.

Why Use React for Ecommerce?

React’s flexibility and maturity make it ideal for creating compelling ecommerce user experiences. This extends to developers, who find the ease of use ideal for quickly reacting to changes in customer needs.

React is open source and features a robust community of developers and the growing library makes it easy to drop in well-built code when needed.

How React works (see below) means that sites using the language get a significant boost in performance and customers get quicker loading times and a better shopping experience.

React is made up of components that work together to make the framework, well, work. Each has a specific role to play:

React is ever evolving and some part of it changes almost daily. However, there are some enduring aspects of the tool that have contributed to its popularity.

Virtual DOM, or Document Object Model, replicates web pages in React’s virtual memory. This reduces development time by creating a virtual version of a UI and then reconciling it with components that have been modified.

React is open source, which means it is supported by thousands of community-driven components that enable developers to do what they want, how they want it.

However, there are also a group of core native components that are ready to go “out of the box” to get developers started.

JSX is a syntax extension to JavaScript that is commonly used by React developers to describe what a site or application’s UI should look like.

React introduced the idea of component-based architecture, which breaks down larger parts of the UI into smaller and more independent parts. This creates reusable React components that can be added or subtracted with relative ease and creates a more flexible development process.

For declarative UIs, step-by-step instructions are not provided on how the UI should function. Instead, the final UI is described in code, making it more readable.

React is constantly moving and updating, which can be a blessing and a curse. It’s a very popular tool, but it’s not perfect and comes with some issues that developers should be aware of.

The large library of components and large user community means that there are A LOT of usable parts. There are even full frameworks, like Next.js, within React. A quick look at Github can be daunting.

How these parts work and if they work together, though, is sometimes murky and there is not enough documentation or tutorials to pull from. Developers are often left to “figure it out” instead of having a confirmed solution to problems.

The tool’s growth has fostered new aspects, like React Hooks (use states without writing a class), the expanded use of GraphQL and the consumption of REST APIs.

Only covers the user interface.

React is actually limited in how it works, covering only the view part of your site. Other parts of an application’s ecosystem will have to come from elsewhere - which must also work well with React.

React is a strong tool that reduces development time in the long-term. There are definite pain points in the short-term, though. The initial setup of components and ensuring that all work in concert with one another can be arduous and time consuming.

React’s flexibility and malleability makes it ideal for web apps, mobile apps or even virtual reality. Any application that requires a customer-facing UI with significant user interaction should at least consider React as their language of choice.

Creating single page applications that are fast and user friendly.

Unlike multi-page sites, single page applications load data inline within the page itself, like how Facebook operates. The challenge here is getting data to load quickly and consistently. However, React’s robust library has numerous solutions for creating an engaging UI that organizes and displays information quickly and easily. React sites are also optimized for SEO.

Including interactive elements within your UI.

React’s declarative UI aspects make it effective at displaying personalized and interactive experiences with quick loading times. React apps feature UI-driven designs that engage users and encourage them to interact with applications and stay on page.

Though creating more complex and interactive experiences may seem like a drag on performance, React solves this through Virtual DOM functionality. By holding parts of an experience in virtual memory, pages load faster and enable the user to move around complex experiences with ease.

Yes. Yes you should. The flexibility and performance that React presents makes it ideal for ecommerce sites looking to keep pace with the speed of business and create consistently engaging and dynamic user experiences that encourage customers to click the purchase button.

It’s easy to create React sites to fit your specific needs and the performance boost it provides means developers can be liberal in their use of interactive elements without fear of long loading times. For example, if you want an ecommerce website that shows products personalized to a user’s purchase history that includes video and chat bot elements, React is likely the best option.

Do you want to minimize development time?

The use of reusable components means developers working in React don’t have to rebuild entire websites when building new experiences, making the path to production significantly shorter. Site expansion and maintenance are also easier as work can be done on single parts of a page without impacting the others.

BigCommerce platforms and React work hand-in-hand to create dynamic ecommerce experiences that encourage customers to move along the purchase path. Component-based development means that sites are delivered quickly and can pivot easily to react to shifting market needs.

React gets the most out of BigCommerce sites and ecommerce apps and enables them to display interactive UIs that turn into sales.

With ecommerce trends and customer expectations constantly evolving, React is the ideal tool for developers to keep up with the fast pace of change. It’s developer— and customer-friendly and works well with BigCommerce sites that want to move beyond static HTML displays.

Using the language means ecommerce applications can move beyond being transaction-focused to being more of an experience that encourages customers to make checkout and return again.

What are the limitations of React?

The speed at which the React community moves means there is almost always a learning curve and the sheer volume of components available can be confusing if not overwhelming. It is also limited to the view part, so it is not an end-to-end solution.

How does React work with BigCommerce?

BigCommerce enables API-based headless frontends, making it an ideal platform to fully leverage React. BigCommerce serves as the foundation on which React sites are built.

JSX is a syntax extension to JavaScript. It is commonly used with React to describe how a UI should appear.

React is ideal for ecommerce sites due to speed of development, performance, flexibility and scalability. React ecommerce homepages and storefronts are often customized to user preferences and are frequently updated to provide dynamic experiences.

Sites looking to move from add to cart to purchase are frequently using React. 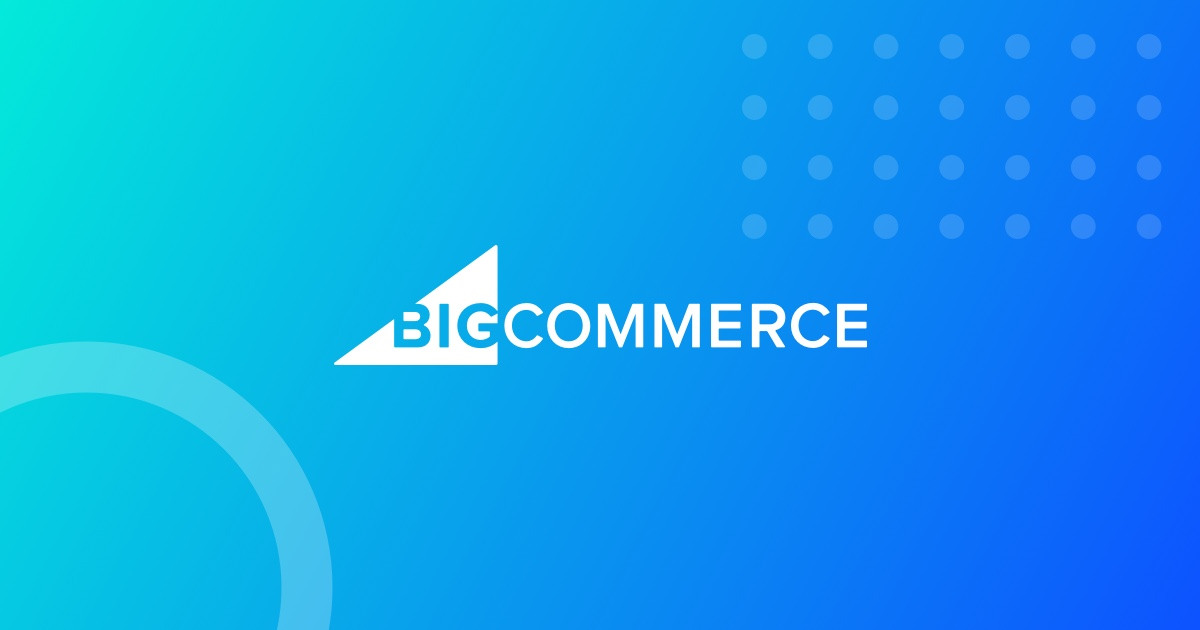 Ecommerce Website Development in 2022: Everything You Need to Know

Learn everything you need to know about ecommerce website development and discover the must-follow steps for ultimate success.

Have you considered using Gatsby JS for your ecommerce store? Learn everything you need to know to make an informed decision.