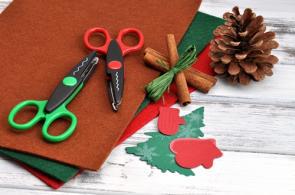 Retailers, both online and offline, have to deal with a deceptively simple concept: seasonality. In short, there are periods of time during the year when businesses receive higher and lower volumes of customers orders. As Forbes indicated in a recent article, every company goes through slumps while other points in the year are difficult for companies to keep up with demand.

The most obvious examples of this can be seen during the fall and winter holiday seasons. Thanksgiving Day, Black Friday, Small Business Saturday and Cyber Monday tend to cause retailers serious headaches if they aren't prepared to handle a massive spike in orders. In fact, a graph from October 2014 showed the seasonal fluctuations in sales beginning from 2000 (1). Not surprisingly, ecommerce has taken off sharply since online retail really began to take hold in the early 2000s. What's somewhat surprising is that ecommerce sales rise more sharply during the fourth quarter of every fiscal year than in-store sales.

Accordingly, it's not out of the ordinary for many of the major ecommerce stores to adjust their business models, supply chains, inventory and shipping strategies during peak times of the year.

The influence of holidays

Typically, seasonality occurs or coincides with celebrations. For instance, the aforementioned Thanksgiving holiday shopping days, such as Black Friday and Cyber Monday, which broke a record for online sales in the U.S. last year, are linchpins for ecommerce success. Shoppers spend roughly $1.5 billion - a rise of 28 percent - through online channels to take advantage of discounted and limited-time offers (2). However, this primarily American phenomenon has taken off in neighboring country to the North, Canada.

In other parts of the world, cultural and national celebrations typically influence ecommerce. For instance, one of the major Indian festivals, Diwali inspires shoppers to make purchases online during the month of November. Meanwhile, Single's Day, a recently invented holiday in China, was one that broke ecommerce sales records in the Asian nation. Instead of celebrating the love between couples and married people, Single's Day inspired people going it solo to spend money on their friends without significant others. The result was weekend of online sales that reached $3 billion between two of China's leading ecommerce sites.

Seasonality differs for each online company

Taking into account that each ecommerce store will likely sell a specific type of product, spikes and slumps in sales are going to happen at different points of the year. For instance, online flower shops and candy stores will likely see a major jump in sales during Valentine's Day and Mother's Day, but they might not see much action during the Fourth of July. Conversely, an ecommerce merchant selling Americana and patriotic merchandise will have the greatest success during celebrations honoring the U.S.

Whatever the ecommerce store specializes in, it needs to figure out when their seasonal slumps occur so that they can effectively figure out the cause. That's the first step in finding a solution and making certain that holidays aren't the only time your ecommerce store sees business.